Recently Klaus Veen’s track ‘Ordinary Days’ ended up as the favorite Lethal League track with almost 50% of the votes. Kelvin Van Veenendaal a.k.a. Klaus Veen is a young beatmaker from a small village in the Netherlands, called Laren. We asked him to have a little chat with us.

Klaus, can you tell us a little something about who you are and what you do?

I’m currently a sound designer at an app 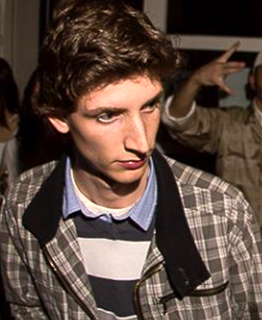 company, where I mostly create sounds/music for apps/games. I grew up in a musical family; almost every family member played an instrument. When I was a little Klaus, my uncle got himself a TR-909 (“housy” drum machine) and I immediately fell in love with the punchy kicks and funky loops he got out of it. Since then I always had interest in electronic sounds and started playing with them.

How did the name Klaus Veen came about?

I’ve played a lot of Counter-Strike and used “Klaus” as nickname. Klaus was the name of a musician called Klaus Wunderlich and every time I killed someone I played an obvious tune of him. Just for the troll of it. Veen comes from my last name, Veenendaal, makes sense.

When did you start producing your own music?

I remember my first tunes when I was 10/11 years old. I got a pc with a music tool called “ReBirth”. This amazing piece of software taught me the basics of electronic sounds at a younger age in an internet-free era. No Google or Youtube-tutorials were there for instructions, all I had was trial and error. Most of my music were different genres, I never intended to stick with a specific genre because I just made the music for myself. I never had much interest to compose for publicity. Could explain why I never really “deejay-ed”.

What are your biggest influences when creating new tracks?

Much house artists like Kerri Chandler, Todd Terry and other older producers were a great influence to me. There is only 1 artist that got me in to this 4×4 garagy-house style, Todd Edwards. Most of House music from the 90s until now are all founded on repetitive beats with bombastic sweeps and swipes. Todd Edwards was the only artist that got me psyched because he was magically able to create musical, key-changing bangers, which almost no other housy “EDM” track has nowadays.

Do you get a lot of reactions on ‘Ordinary Days’ via Lethal League players?

Since the release of Lethal League I’m getting much support on my bandcamp page. So many downloads! I never knew “Ordinary Days” could have so much response… All the money I get from this is going in new synthesizers and drum machines. I’ve already got myself a 80s synth, the “DX 7”, that’s already in some newer tracks after Ordinary Days. It really motivates me to see so much positive reactions on my work!

What can we expect from you in the future?

When I get a musical kick, I start my engines and I just go with the flow. No pressure.

Last but not least; who is your favorite character in Lethal League?

I should choose Candyman since he’s almost the face of Ordinary Days, but my real favourite is Raptor. Feels nostalgic, playing the baseball fellow back in the early Lethal League days.

Thanks a lot for your time!

If you want to hear more beats from Klaus Veen you can check out his work below.